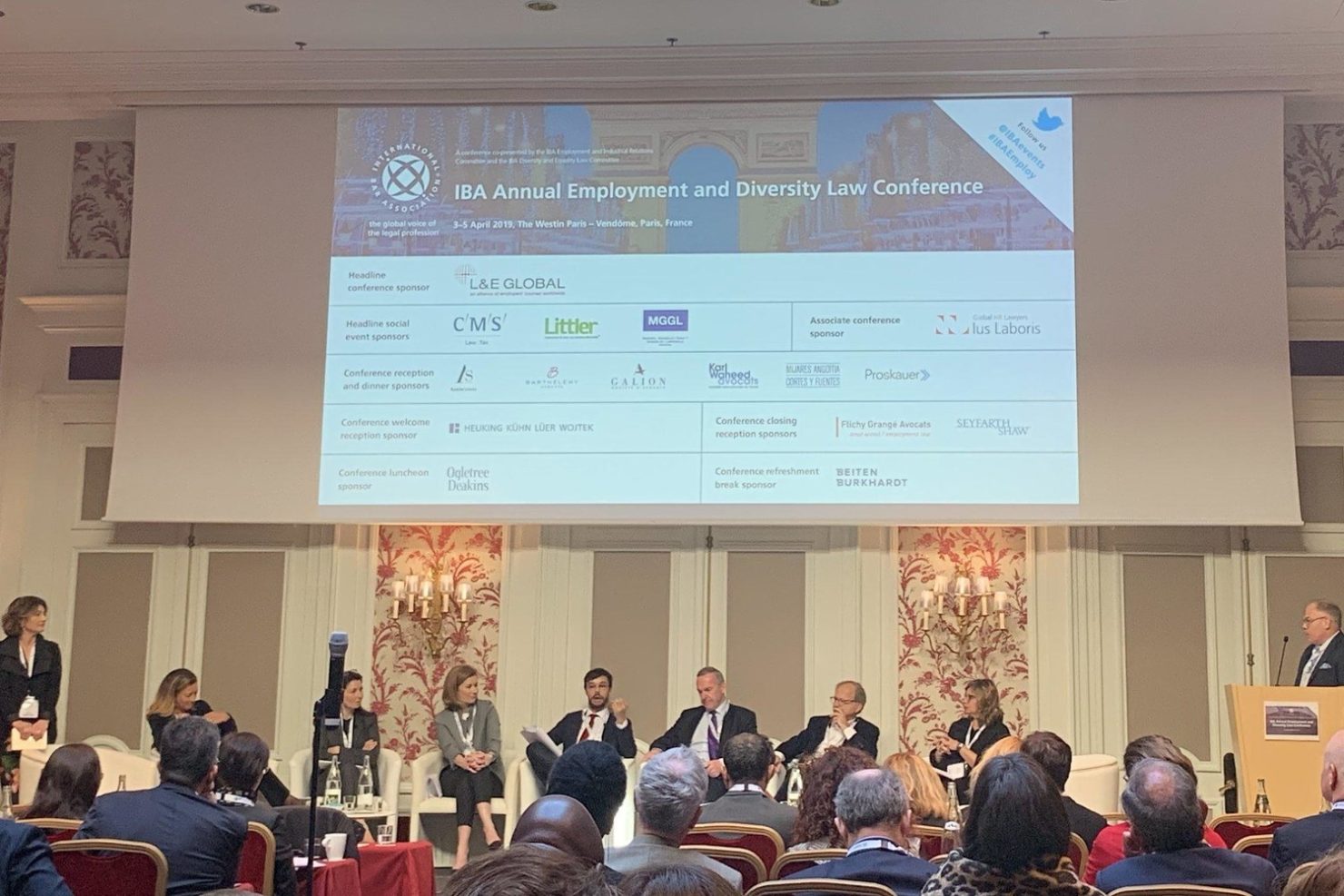 I had the chance of representing WEMEAN at the International Bar Association Annual Conference on crisis management at the Westin Hotel in Paris.

During the event, I got a chance to advocate WEMEAN’s new vision of PR in crisis situations for the “critical society” we now live in. The “critical society” demands transparency: internal communication and external communication become less and less effective conceptual distinctions. Each public speech needs to be a demonstration of humility, responsibility and transparency.

Here at WEMEAN, we believe the most effective crisis management strategies are… built on purpose. Companies cannot wait for crises to occur to ask themselves who they are as collective entities, because crises will occur, as sure as the sun rises in the east and sets in the west. This is the very foundation upon which we have built WEMEAN. Purpose can be the key to rebuilding trust with key stakeholders, clients and public opinion after a crisis.

During what was a passionating exchange with a panel of PR expert and lawyers, we touched upon what we like to call the “pedagogy fallacy”: a principle by which more information is never the answer to emotion. On a side note, the “pedagogy fallacy” is probably be tied to French President Emmanuel Macron’s ongoing difficulties with the French public opinion… Political and economic leaders need to be able to compete with the story that is being told on the emotional level because that’s what will be expected of them, especially on social media. There is only one way to do this : to empathise. We also talked about the difference between the judiciary and PR times and the need for temporisation on the PR front and its link with a well-understood commitment to transparency. Even when you don’t have all the information on an undergoing crisis you can certainly tell the public about the process implemented to deal with said crisis. Transparency is as much about the way you take (publicising your decision-making process) as it is about what you have to say and how it relates to what’s actually happening (being trustworthy).

Lastly, we talked about the use of social listening tools to remain one step ahead of emerging crises, especially the ones that you cannot predict (“unknown unknowns”, as Nassim Nicholas Taleb would have it).

With the emergence of Social Media and with Warren Buffet, we now all know that “it takes 20 year to build a reputation and only five minutes to ruin it. If you think about that, you’ll do things differently”. The case needs not be made in the post-#metoo era that a social media storm can destroy a CEO’s career. However the case needs to be made that it can tarnish a company’s reputation and decrease its brand equity on the long run, thus effectively reducing its economic value. And stock price! Remember the passenger forced out of an United Airlines airplane a few years back?)

A crisis always starts in our good old physical world but social media buzz gives it wider resonance and can shift the public eye’s focus to the crisis at hand. This can be detected in advance through social listening tools. These can help answer three types of questions. What themes are emerging? Lexical mapping in order to prepare to answer the right questions. Who are the key influencers? Social network mapping to identify influencers, leaders, followers and networks. Virality and captation by mainstream media? Crisis catalysis: local, national or international media starting to pick up on social media activity around the crisis.

To find out more and to enlist the help of crisis management experts, just send us a message !